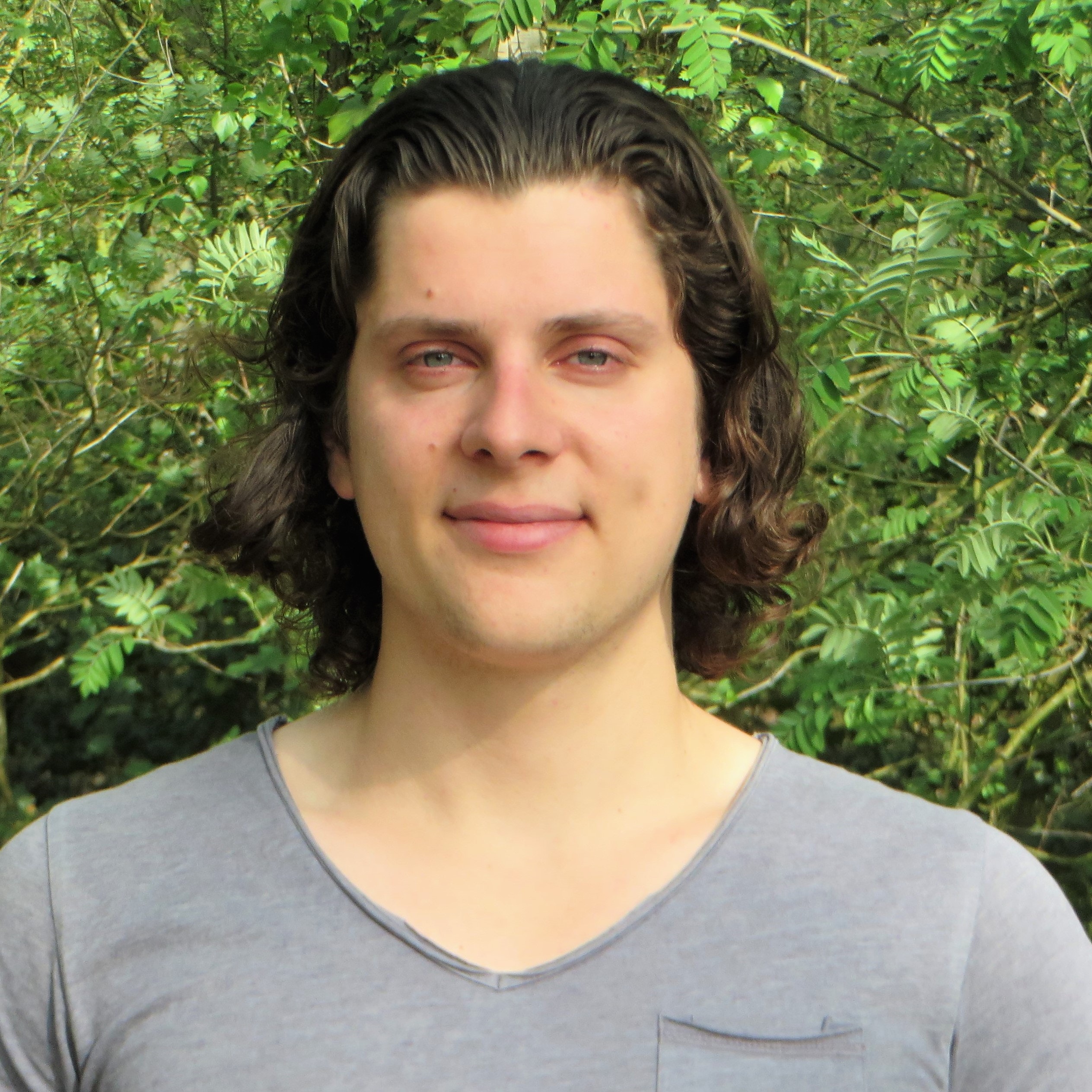 Nature has been a big source of inspiration throughout the history of humanity. A lot of the technology that we encounter on a daily basis today is created by replicating what we observe in nature. Velcro, antibiotics or computer vision are some examples. Nature has developed the template for these technologies over a selection process encompassing billions of years. Copying nature’s design instead of reinventing the wheel has helped us find solutions for many challenges we were once facing. This phenomenon is called biomimicry.[i] [ii]

With the ongoing advancements of the world wide web, we are becoming increasingly more connected to each other. The various online platforms and messaging services that we have to our availability continuously increase the range and bandwidth of information that we can exchange with people from all over the planet. The networks of social interaction that arise from these advancements are unlike any of the ways that humans have been able to interact with each other in the past. Through this article, I want to show you that we can also let nature inspire us when we structure these new online social interaction networks. I call this concept network biomimicry.

Networks exist in biology on all kinds of spatiotemporal scales. In these networks, connections between components or “nodes” represent interactions or correlations in the activities and states of the nodes. Some examples of networks in biology are: a network of interacting biomolecules creating a cell; a network of communication brain regions forming the brain; and a network of collaborating and competing organisms populating an ecosystem. Despite the substantial differences in size, biological networks have a lot in common.

Take small-worldness for example.[iii] Do you ever go out to a different town where you meet a new person? You connect and when you get home, you look them up on Instagram to stay in touch. To your surprise you see that you’ve already got a friend in common. You say to yourself: “It’s a small world”. It turns out that this is a well-studied feature of networks that is present in many networks on all scales. For instance, in individual cells [iv], the brain [v] and ecosystems [vi].

Many of these network features can also be applied when optimizing our online social interaction networks. This article contains several examples of how we can learn from the structure and dynamics of biological interaction networks when creating or improving Decentralized Autonomous Organizations (DAOs). These lessons can also be applied to other human constructed networks, either online or in real life.

Recently, a new chapter of our online interconnectedness has started with a growing number of successful DAOs that are being created and governed by large international communities, connected to each other through the web. CoinDesk describes a DAO as an organization that’s governed by code instead of leaders.[vii] Instead of having a board that leads this organization in a centralized manner, all the members of the DAO can vote on decisions according to a predefined set of rules. This decentralized organization structure can result in the emergence of complex outcomes like online exchanges [viii], art collections [ix] or innovation funds [x].

Similarities between DAOs and biological networks

DAOs have some interesting features in common with biological networks like cells or organisms. Similar to DAOs, complex interactions within cells and organisms emerge from a predefined set of rules encoded in their DNA. This is a decentralized process of self-organization. There is no regulator cell that tells all the other cells how to interact with each other.

Over billions of years, biological networks have been optimized through natural selection. What are some important network features that we can mimic when creating an optimal DAO structure? And how can we be an optimal node when we are part of larger networks like DAOs?

The majority of biological networks are built out of smaller modules. The nodes in these modules are highly interconnected with each other and to a lesser extent connected to nodes that belong to other modules. Such a highly interconnected module is called a cluster. Some examples of these clusters in biology include: complexes of proteins that are all involved in the same biosynthetic pathway; neural circuits that are responsible for computations in the brain; and herds of animals that collaborate in order to better defend themselves against predators.[xi]

Take for instance the hippocampus. This brain region is relatively plastic and plays an important role in forming new memories. People sometimes refer to this as short-term memory. In this process, information coming in from different sensory organs and stored in different sensory areas of the cortex is connected to each other through the hippocampus. This results in a memory. If the information is deemed relevant to the proliferation of the brain, the memory is consolidated into what people refer to as long-term memory. After the consolidation process, the information from the different sensory organs is directly connected to each other, independent from the hippocampus. The cortex is less plastic and so it takes several iterations to directly connect the different regions involved in the memory. In this process, the memory is basically being transferred from the plastic hippocampus to the less-plastic cortex.[xii]

This network structure of clusters with varying plasticity helps the brain to find an optimal balance between being able to easily take in new information while at the same time storing important information from the past without being at risk that the stored information is being overwritten by unimportant new information.

Other examples would be fast and slow changes in protein activity within cells. There are certain cellular signaling pathways that induce direct changes in the structure of proteins which alter their functioning. Other signaling pathways that, for instance, involve transcription factors regulate how many proteins are being created, influencing their functioning on a slower time scale.[xiii] Ecosystems are also balancing fast and slow changes. For instance, due to variations in annual plants surrounded by trees that are hundreds of years old.

A clustered structure with variation in the extent of plasticity between different clusters can help the DAO be more agile when it comes to responding quickly to changes in its environment while remaining resilient in its core structure.

Positive feedback loops are used in biology to reinforce a desired outcome. This plays, for example, an important role in certain types of plasticity in the brain. When two connected neurons are activated at the same time, the synapse connecting the two neurons is strengthened which increases their likelihood of firing at the same time again.[xiv]

Building positive and negative feedback loops into a DAO structure can increase its resilience against external perturbations and enhance the effect of positive contributions from the DAO members.

Be unique and authentic

Looking at your individual contribution to the network, it is important to remain authentic in what you’re doing. Don’t be afraid to express your true self, even if this differs from other people in the network. Variation among network components often leads to a healthy network. The whole notion of evolution comes forth out of this concept. Looking at evolution from a population perspective, the population is more likely to thrive within an ecosystem if there is variation among the individuals that constitute the population, especially for relatively small populations. Because this will make the population as a whole more resilient to unexpected changes in the environment.[xv]

Similarly, the stability of an ecosystem is often related to how many different organisms are part of it. A larger variation of species within the ecosystem allows for a larger number of interactions that help keep the ecosystem in balance. For instance, through the earlier described feedback loops. However, this only holds in non-random network structures like clustered networks.[xvi] Or look at cells as a smaller scale example. Multicellular organisms have an advantage over single cellular organisms because their different cells can specialize themselves for specific purposes. This variation of cell types is crucial for the existence of more complex organisms like humans.[xvii]

So when you’re part of a larger network, don’t feel like you have to fully conform to the average. Instead, embrace what makes you unique and find ways to turn that into positive contributions to the larger network because this will make the network more versatile and resilient.

Connect with others and work together

Networks are more than the sum of their components thanks to the interactions that are present among the components. When working together, you can achieve things that you would never be able to do on your own. Especially when this collaboration is achieved among people that all contribute in their own authentic way.

For instance, the symbiotic collaboration between Leguminous plants and Rhizobium bacteria closes the nitrogen cycle within an ecosystem. Interestingly, the ability for this collaboration to occur is carefully encoded in the DNA of the leguminous plants, similar to how ways to collaborate are described in the predefined set of rules that describes a DAO.[xviii]

When we stop collaborating with other components in the network that we are a part of, it can lead to the downfall of the whole network. This is the problem underlying cancer. Instead of collaborating and contributing to the proliferation of the body, a cancer cell individualizes and starts a process of unlimited growth. The cancer cell often removes its gap junctions that were initially used to connect and exchange resources with other cells.[xix] Instead, it takes in a disproportionate amount of resources which are all used to benefit the individual cancer cell and help it grow into a tumor, after which it spreads to other parts of the body. In this process, the cancer depletes the body from resources, pushing it out of balance which eventually leads to the death of the whole body, including the cancer cells.

So instead of individualizing, it is important to connect and work with others in order to maintain a healthy network.

There are different ways in which we can connect and work with others. Some interactions are stronger than others. Balancing strong and weak connections within a network is a natural phenomenon. For instance, in the brain there are a large number of weak correlations in the activity of neurons supported by a framework of strong correlations between neurons.[xx] Interestingly, this balance between strong and weak connections is even present in brain organoids which are not connected to the outside world through any sensory organs. Instead, the network structure directly comes forth out of the information encoded in its DNA.[xxi] A similar phenomenon is described in ecosystems. It has actually been proposed that variation in connectivity strength among different species in the ecosystem contributes to the ecosystem becoming more stable with increasing complexity.[xxii]

Networks in biology exist on a wide range of spatiotemporal scales. Evolution has selected the ideal network structures over billions of years. Networks on all these different scales have important features in common. This article showed some examples of how we can apply network biomimicry in order to let nature inspire us when creating DAOs. DAOs are just an example. Network biomimicry can be applied to any human made network.

Therefore, I want to leave you with an exercise. Please take a moment to think about what networks might be present in your work environment. These can be logistic networks, social networks or something else. And now ask yourself, how can I apply network biomimicry to improve these networks? What can I learn from networks in nature?

This is my first article about network biomimicry and there will be many more to come, focusing on case studies or diving deeper into specific biological network features.

If this perspective on DAOs and other human made networks is interesting to you, feel free to reach out. You can find me on LinkedIn (Tjitse van der Molen).